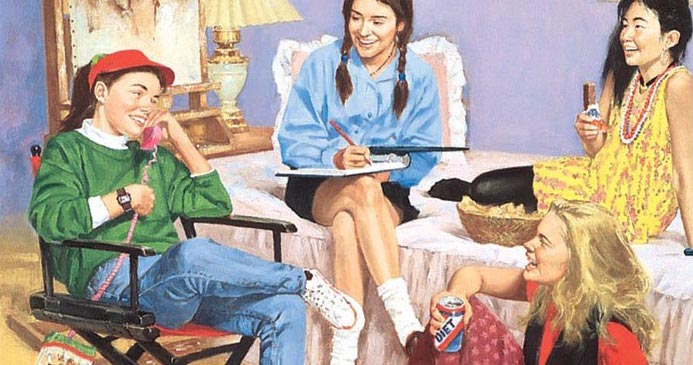 The events of Kristy’s Great Idea, book one in The Baby-Sitters Club, can be summarised in five words: Kristy Thomas won’t shut up. 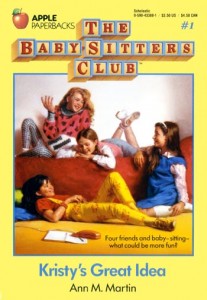 This cover always confused me: is that KRISTY wearing the blue dress and headband?

We are introduced to the universe of Stoneybrook, Connecticut, from the POV of 12-year-old tomboy Kristy. Kristy has, as the title suggests, the Great Idea that brings together a bunch of pre-teens to look after other people’s children and earn enough money to have pizza parties, get perms, feed their junk-food addictions and buy barrette’s with sheep on them, because “Sheep…are in” (Claudia says witheringly).

(…seriously, what is a barrette?)

Kristy comes up with the Baby-Sitters Club one night when her mother is frantically calling the entire neighbourhood to find an emergency after-school baby sitter for Kristy’s slightly-neurotic six-year-old brother, David Michael. Feelings ensue, resulting in Kristy’s vision – what if parents could call a number, and reach a bunch of baby sitters at once?

The Baby-Sitters Club is born, with Kristy as President, because she’s the boss and it was totally her idea. Her friend across the road Claudia Kishi is dubbed Vice-President (because she has a phone they can use), Kristy’s best friend and girl-next-door Mary-Sue Mary Anne Spier is made Secretary (because she’s good at writing), and new-girl Stacey McGill becomes Treasurer (because she loves money…or numbers…or something).

The baby-sitting portion of book one describes their first club-originated sitting jobs, where the parents of Stoneybrook take full advantage of the girls, dashing off to plays, dinners and errands, leaving the 12-year-olds to take care of challenges they’ve never encountered before.

Claudia sits for one of their regular charges (pre-BSC, I mean), three-year-old Jamie “hi-hi!” Newton, but has three baby-sitter-hating cousins Mrs Newton forgot to mention offloaded on her too (but you know, because Mrs Newton’s heavily pregnant and her mind’s on the baby, it’s expected…). Claudia diffuses the situation by reading Where the Wild Things Are to Jamie and ignoring the other children, who are eventually too fascinated by the story to scream the house down any more. Claudia is awesome.

Kristy sits for twins, who end up being enormous Saint Bernards called Pinky and Buffy, resulting in Kristy quote of the book:

“You really haven’t lived until a dog has stepped on your face.”

Mary Anne looks after Kristy’s mum’s boyfriend Watson’s kids, Karen (who never shuts up) and Andrew (whose vocabulary consists of the word “Yup”). She gets to meet both Boo-Boo the morbidly obese and possibly-bewitched cat, and Mrs Porter, AKA Morbidda Destiny, in an event that goes down sort of exactly like this: 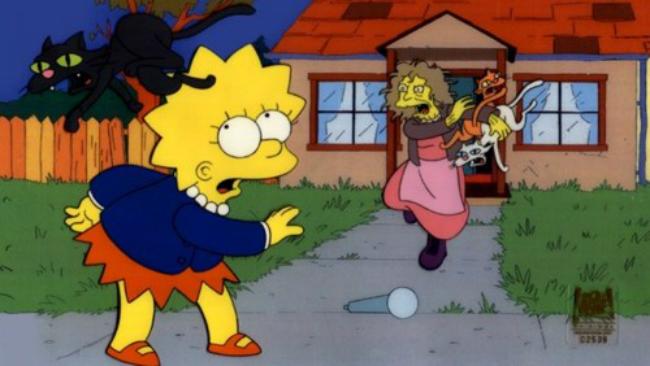 “That fat cat is diggin’ up my mums.”

These early experiences give Kristy another idea – that they should keep a sitting journal to record jobs in, so they can learn from each other’s adventures and know what to expect from their clients – a tradition that is maintained in every future book.

The character-related theme seemed to entirely focus on what I’m guessing was word of the day in August ’86: decorum.

Kristy jumps up and calls out in class in the first page of the book, resulting in an 100-word essay (these are a thing?!) on “the importance of decorum in the classroom” (there’s about 10% of your essay done, in the title alone). 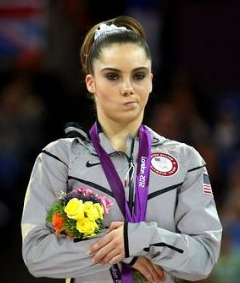 She refuses to eat the Chinese food that her mum’s boyfriend Watson brings over, mutinously making a sandwich instead, then screams at him for being a horrible father to his own kids, because she likes their lives and doesn’t want things to change (who cares if her poor mum is run ragged working full time to support four children and is undoubtedly lonely? Kristy says No). She slams a door in Claudia’s sister Janine’s face – in Janine’s own home! – when Janine’s questioning the grammatical accuracy of their club sign (it felt like Janine was simply trying to find a way to engage with her sister’s friends). And crucially, she can’t keep her nose out of Stacey’s secretive “dieting” thing, and nearly pulls the club apart in its first few weeks, demanding Stacey tell them what’s going on and calls her mother a lier to her face, because in Club Kristy, there is no privacy.

If we merge the character-arc plot with the baby-sitting jobs plot, do we find a hidden message Ann M Martin was trying to convey? You decide:
1. Screaming brats will be ignored.
2. Expect the unexpected.
3. Love happens.
4. Stop getting so worked up over nothing.

And while by the end of the book, Kristy writes her essay (cough*paragraph*cough) on decorum, sort-of makes up with Watson after she baby sits his kids and realises how cashed up he is, and through the power of friendship and slumber parties, gets the BSC back together, she doesn’t really learn anything and generally gets what she believes is her own way.

That’s book one in a nutshell. I’m still finding my way in writing these reviews, so until I find a formula that works, after each summary I’m going to list a bunch of events or characters that entertained me throughout the journey:

I pulled her hand out of her mouth and looked at her nails. “Mary-Anne! How do you ever expect to be able to wear nail polish if you keep doing that?” 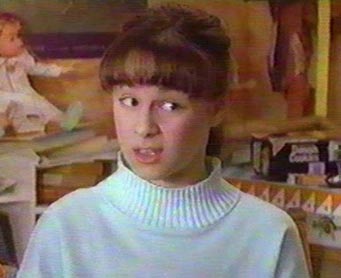 Who are you and what have you done with Kristy Thomas?! 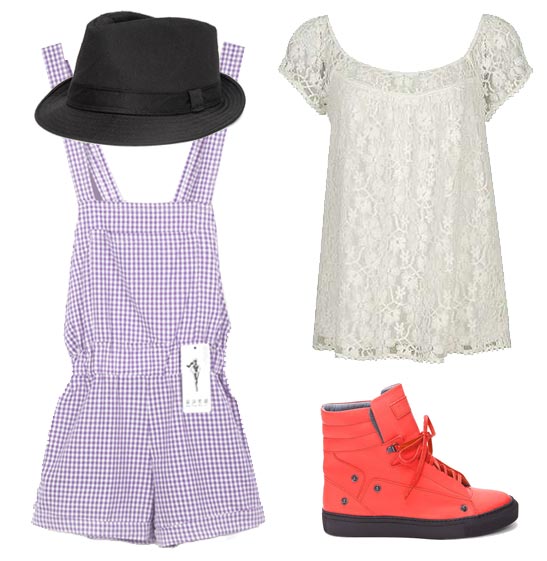 …wearing a baggy yellow-and-black-checked shirt, black pants, red jazz shoes and a bracelet that looked like it was made from a telephone cord. Her earrings were dangling jointed skeletons that jumped around when she moved. 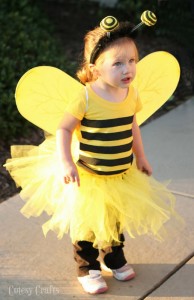 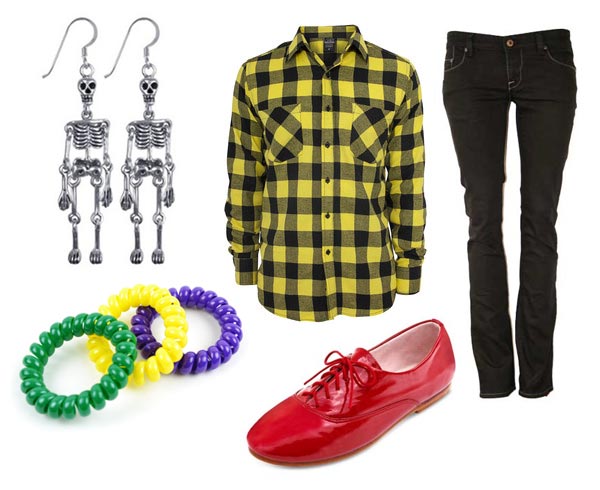 We are treated to a Stacey outfit, the moment we meet her, too:

Stacey had on a pink sweatshirt with sequins and a large purple parrot on the front; short, tight-fitting jeans with zippers up the outsides of the legs; and pink plastic shoes. 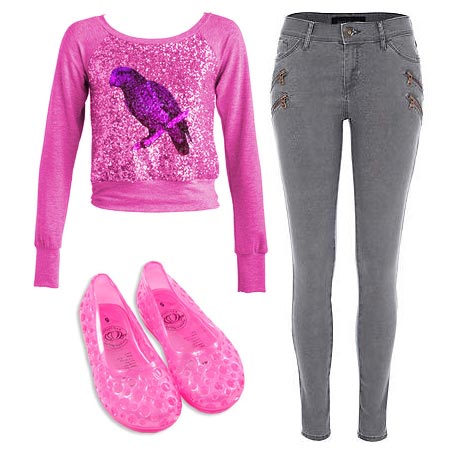 Sticking with Stacey for a bit, onto my favourite scene, which I mentioned earlier: the day Sam Thomas and Stacey McGill met. I’d totally forgotten about their ‘thing’. Cue Take My Breath Away.

They meet over the Thomas’ table while Stacey’s baby-sitting David Michael one afternoon; she in a matching grey-sweatshirt-material top and skirt with big yellow 10’s all over it, rainbow clips in her hair and little dangly silver whistle earrings, drinking a glass of milk – 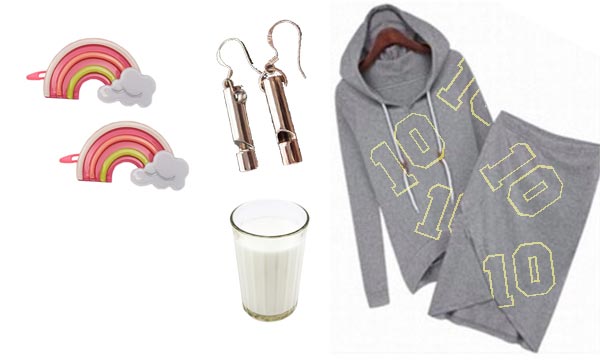 – and he in ratty jeans he’d promised to throw out and a t-shirt that said “I know you are, but what am I?” slamming his fist into a baseball mitt.
(Why do we have to know the exact details of what everyone is wearing, all the time?)

“Hel-lo,” said Sam. He put his books and glove on the table, leaned against the counter, and crossed his legs, running his fingers through his hair. I’ve seen him do that. He thinks it makes him look cool and casual.

Edit: a lovely commenter, Anna, suggested that I include pictures of Claudia’s junk food (because I have to agree with her – as an Aussie, I had no idea what half of the stuff Claudia had hidden in her room actually was), so, here’s the first batch of sugar-filled goodies and their respective hiding spots!

She [Claudia] said she had bubble gum in her underwear drawer, a chocolate bar behind her encyclopaedia, a package of Twinkies in her desk drawer, and some Wint-O-Green Lifesavers in her piggy bank.

In celebration of the new officers, Claudia took a bag of Gummi Bears out of her pencil case and passed it around.

We all know what a Gummi Bear is, right? 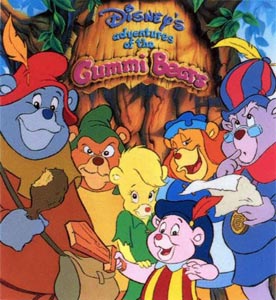 At 5:10, Claudia got up, took a shoe box labeled SNEAKERS out of her closet, opened it, and handed around some jawbreakers. 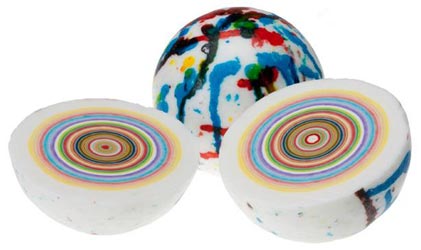 “I think we should wait,” said Mary Anne, curling up on Claudia’s bed and pulling a pack of Juicy Fruit out of the pillowcase. 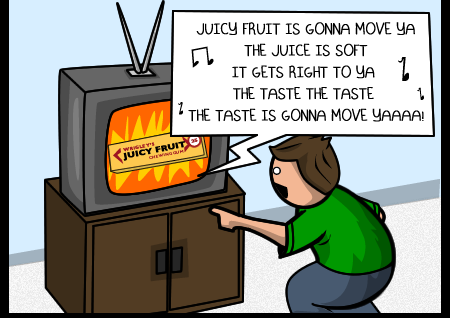 Claudia reached under her mattress and pulled out some licorice sticks, which of course she passed around and of course Stacey refused. 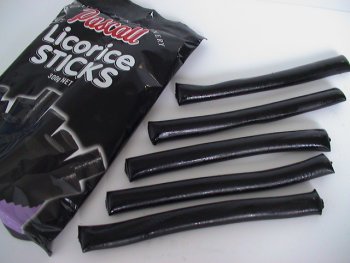 So that’s about it from me for book 1 of the BSC. I’m not sure why I was reading these when I was little, so I have no answers for you, yet. Can I finish with a joke instead?

*counts number of words*
The End (with a flourish)!

Want to join in and re-read the Baby-Sitters Club for yourself? I got Kristy’s Great Idea (Kindle Edition) from Amazon for about $3!