Book 2: Claudia and the Phantom Stalkers 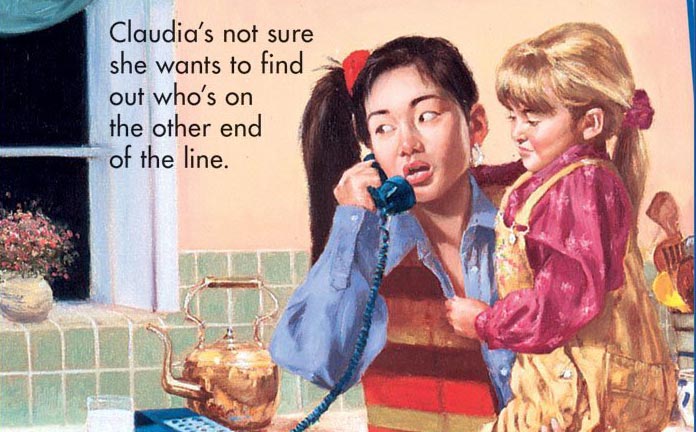 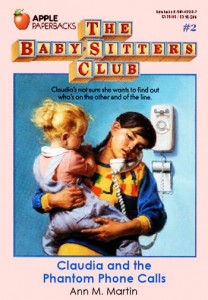 Fun fact: one of Kirstin Dunst’s first jobs was modelling as little Nina Marshall on this cover. Also: Claudia does not look Japanese here.

Book two of The Baby-sitters Club, Claudia and the Phantom Phone Calls, takes place a couple of weeks after Kristy’s Great Idea and the formation of the BSC.

This time we see the world of Stoneybrook through Claudia Kishi’s eyes, but nothing but really happens until Mary Anne reads The Stoneybrook News one fateful Saturday morning:

With one shaking hand, she pointed at the paper. With the other hand, she held the paper away from her, as if it might bite…
…”‘Angry Pig Goes Hog Wild’?” asked Kristy, reading one of the larger headlines.
“No!” cried Mary Anne.
“Depressed Trucker Drives Self Crazy?” asked Stacey.
“No!”
“What is it, Mary Anne? Just tell us,” I shouted.

While we’re all still reeling after discovering that Mary Anne cares naught for the plight of angry pigs and depressed truckers, the poor little sheltered thing nearly has a heart attack when she reads “Phantom Caller on Rampage in Mercer”. The article is about this thief who phones a house, hangs up as soon as somebody answers, keeps calling until nobody answers to confirm the house is empty, then sneaks in and steals all the jewellery. The Phantom Caller has recently robbed several houses in Mercer, a town only 20 miles (~32 km) away.

The girls naturally call an emergency meeting of the Baby-Sitters Club to figure out how to deal with this thing that isn’t happening to them.

Yet. Soon after, both Claudia and Kristy start to receive strange phone calls while they’re out on sitting jobs. The phone rings, they pick up, hear nothing but breathing on the other side, and then – click! – they’re hung up on. Creepy, right?

Terrified that they’ll be contending with a burglar while baby-sitting, the girls come up with a plan. They devise a bunch of code phrases, that Kristy insists they practise:

“Ring! Ring! Ring!” said Kristy, imitating the phone.
Stacey placed an imaginary receiver at her ear. “Hello?”
“Hi, Stace. It’s Claud. Did you see my ribbon–”
“No. Have you found my red ribbon?” interrupted Kristy.
“No, I haven’t,” I said.
“Claud! Come on. Do it right.”
“I’m trying… Okay. Ring, ring, ring.”
“Hello?” said Stacey.
“Hi, it’s Claudia. How are you?”
“Not ‘How are you’!” cried Kristy. “Get to the point. You’re not making a social call. You’re scared to death!”
I sighed. “Hi, Stacey. It’s me, Claudia. Have you…have you found my red ribbon?”
Silence. Then Stacey burst out laughing. “I forget what I’m supposed to say!”
Kristy looked ready to kill us. “Claud, call Mary Anne instead.”
“Okay. Ring, ring.”
“Hello?”
“Hi, Mary Anne. It’s Claudia. Have you found my red ribbon?”
“No, I haven’t.”
“No, the blue one!” shouted Kristy. “Mary Anne, you made up this part of the code. You ought to know it.”

They study the club record book each day, so that if one of them calls and asks about their missing red ribbon or whatever, they know where the sitter in peril is, without having to ask and blow their cover, in case the thief is listening at an extension (because this is a thing likely to happen?).

Armed with a plan, the girls go back to daydreaming about boys (except Mary Anne, who doesn’t care about boys. Give her eight books…). The Halloween Hop – taking place on October 31st this year, kids! – is only days away! Squee!

Claudia’s in love with “the most gorgeous boy in the entire seventh grade at Stoneybrook Middle School”, the romantically-named Trevor Sandbourne.

(since when is TREVOR a romantic name?) 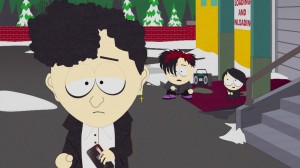 He walks through the halls looking serious and deep in thought, and he writes poetry for The Literary Voice, our school’s creative journal.

Kristy is also suffering from major boy trouble, being pestered incessantly by Alan Gray, this boy who’s had it in for her since she pranked him with a fake lunch of plastic spiders on white bread in year five.

Claudia really wants Trevor to ask her to The Hop, and our metropolitan Stacey asks what everyone else from 1986 must be thinking – why don’t you just ask him out, Claudia? Maybe he’s really shy, or scared?

I gasped. “No way! This isn’t the Sadie Hawkins dance. I can’t ask a boy to go with me.”

(WTF is a Sadie Hawkins dance, and has it been a thing since any time after 1938?)

I don’t get it, Claud. You’re all cool and confident, but you’re a stickler for tradition when it comes to who asks who out? Shame on you! Are you the reason I was too scared to ask boys out until I was out of high school?

(Nobody needs to answer that…) 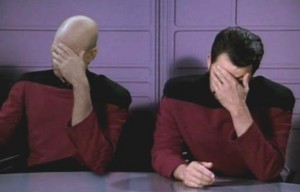 – Claudia sticks to doing her homework with her designated driver each night. We get to learn a little more about Janine (Claudia’s IQ-196 sister, who’s magically gone from being sixteen to fifteen), and are treated to a few special Mimi (Claudia’s grandmother) moments.

“What do we have between the covers of this book?” asked Mimi, who thinks books are eyes into the hearts and lives of other people.

“Why aren’t Janine and I friends?” I asked, frowning at the portrait.
“Being friends takes work,” replied Mimi quietly. “To be a good friend you must spend time with someone. You must talk to her and try to understand her.”

“It is just a review, my Claudia. The memorization helps. When you know the tables just like that” (Mimi snapped her fingers) “your math will go much faster.”

Be my grandma, Mimi!
Mimi is this lovely, steady presence throughout the entire book – offering Claudia words of encouragement and support, regarding her school work and her troublesome relationship with Janine.

Aside: when I was little, I had assumed Mimi was Japanese for ‘grandmother’, because I had a Croatian grandmother who we all called “Baka” (…which is logically, Croatian for grandmother).
Nope.
Mimi (耳) means “ear”. 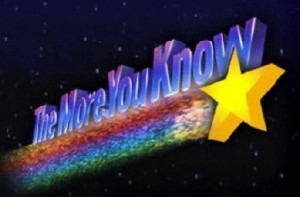 Between homework and sighing over Trevor, there’s baby-sitting to be done. Each of the girls have a sitting job in this book that spooks them – there’s thunderstorms and power cuts, scary movies, and another Mrs Porter VS Boo Boo incident at the Brewer residence.

Then something actually happens; Claudia’s neighbours, the Goldman’s, are robbed, in Phantom Caller-style. Mary Anne’s father hears about it and forbids her to do any more baby sitting until the killer thief is caught and that’s almost the last we see/hear of Mary Anne for the entire book.

The other girls go about their business, and cover Mary Anne’s jobs. Kristy and Claudia go out together to sit at the Newtons – for wee Jamie and his terrible cousins again, who start to wreak havoc the moment the adult Newtons/Feldmans exit stage left.

“Now hear this!” shouted Kristy. “No yelling, no running, and no jumping inside this house – and I mean it.” She saw Rob was about to say something, so she added, “One false move and I’ll punch your lights out. That goes for all of your. Do you hear me?”
The Feldmans nodded.
Jamie was wide-eyed with disbelief at what his beloved Kristy had just said.

I…I can’t even. Kristy, you just can’t say that to…to anyone!
Moving on. They start getting The Phone Calls again, as expected.
Claudia, in a shining moment, comes up with:

“Hello? …Hello?” Then on inspiration, I shouted into the kitchen, “Hey, Dad, it’s another funny call. I think–”
The caller hung up…

Then, matters intensify, when they hear, then see someone lurking outside. A fed-up Claudia risks the burglar listening in on an extension 😐 and phones the police. They arrive, very quickly, dragging the Stalker of the Year into the Newton household – none other than Alan spider-sandwich Gray, who was only stalking them because he wanted to ask Kristy to the Halloween Hop.

But Kristy just said, “Oh, gosh, is that all? Of course I’ll go with you…Thanks.”

What the hell is wrong with you, Kristin Amanda Thomas!?

The Alan revelation makes Claudia sad. Claudia wants a stalker of her own. Why can’t Trevor be the person calling her and heavy breathing and then hanging up while she’s out at other people’s houses looking after their children?

Turns out he is. Um, hooray?

Can anybody reasonably explain why Trevor was calling Claudia while she was baby-sitting? Alan Gray was a git, but one could reason he was calling Kristy while she was sitting to make sure her mother or brothers wouldn’t answer, knowing that as the sitter, she would be the only one picking up the phone.
So why did Trevor call Claudia at her sitting jobs when it’s common knowledge Claudia has her own – private – phone line? The number is freely available and advertised on those “Need a Baby-sitter? Save time!” fliers that everyone got in book 1. What the hell, dude, were you trying to get her fired?

Aside from Claudia’s world of homework and Trevor daydreams and Kristy’s love-hate relationship with Alan Gray, poor Stacey spends the whole book lonely and upset. She phones Claudia in the opening pages, sighing-ly wishing that she knew more people, and has her little heart broken when Kristy tactlessly blurts out that Sam took some high school girl with green at the end of her blonde spiky hair to the movies. She ends up at the Halloween Hop with some friendzoned boy from their lunch table called Pete Black.
Chin up, kiddo.

Do the baby-sitting and character plots connect in some spooky way, this Halloween-themed book? If so, all I can fathom is that AMM was trying to say that when you’re twelve, boys are more scared of you than you are of them. But comparing 12-year-old boys to an actual criminal thief is hard.

Today, for instance, I’m wearing purple pants that stop just below my knees and are held up with suspenders, white tights with clocks on them, a purple-plaid shirt with a matching hat, my hightop sneakers, and lobster earrings. Clothes like these are my trademark. 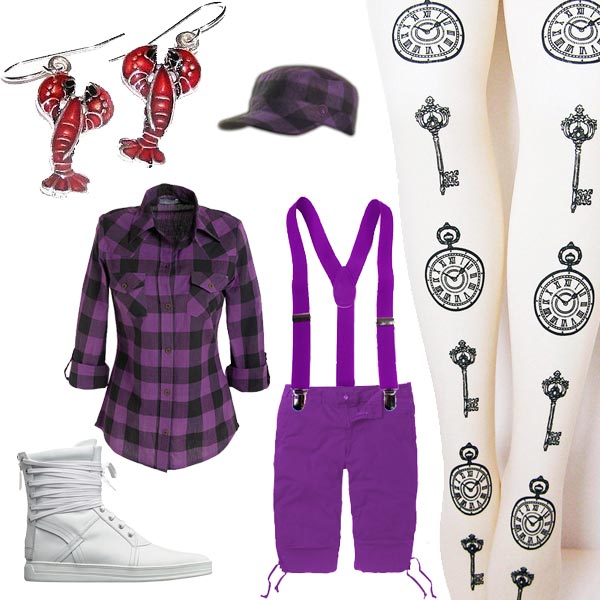 No, Claudia – clothes like these are Doctor Who‘s trademark. All you’re missing is a sprig of celery on your lapel.

(I want tights with clocks on them…)

Lastly, junk food time! This is an edited addition to the review, as suggested by Anna over here, who commented that she had no idea what half of the junk food in Claudia’s room was (and, I have to agree with her).

Later, when she had left my room, I got the licorice whips out of my desk and the Nancy Drew book out from under my mattress, where it was hidden, along with a bag of root beer barrels.

Planning on being depressed for a while, I [Claudia] pulled a piece of saltwater taffy out of the stash in my pencil jar. 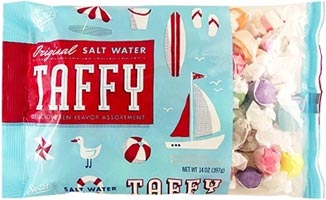 And with that, onto the next great adventure: The Truth About Stacey.

Want to read about Claudia’s Trevor Sandbourne daydream/stalking episode for yourself? I re-lived this part of my childhood with Amazon’s Claudia and the Phantom Phone Calls (kindle edition).